The Only Prescription is More Cowbell

“I’ve got a fever, and the only prescription is more cowbell.”

So said Christopher Walken during his infamous Saturday Night Live skit about Blue Oyster Cult. Will Farrell jumped in with his gyrating cowbell and the rest is comedic history.

SNL isn’t the only one with a fever for cowbell –  the Greater Sacramento Economic Council has it too and they are using it to ring a siren song for Sacramento across California and the nation. 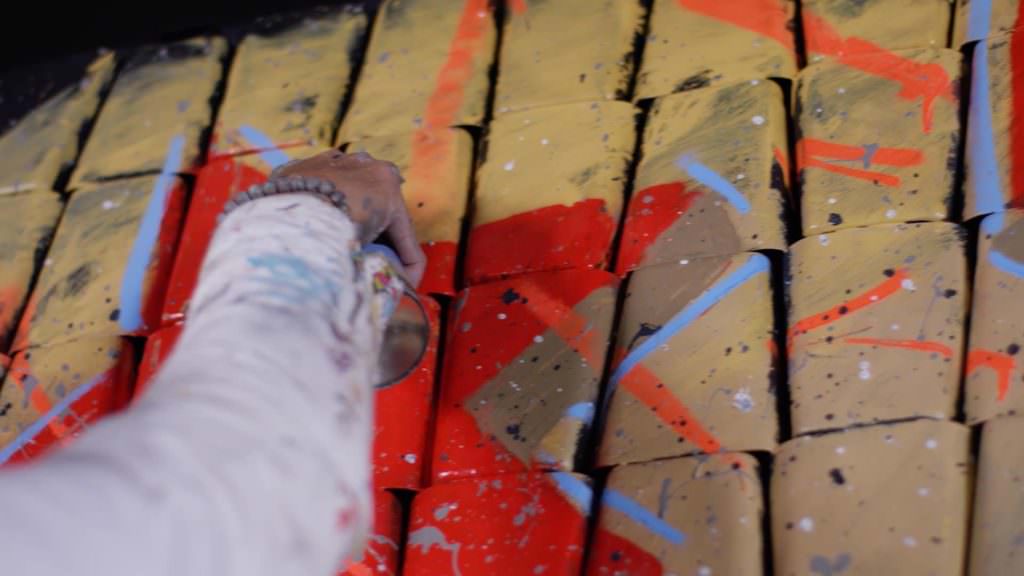 The image was painted on 240 cowbells, meticulously crafted into one large ‘canvas’

The flirtation between Sacramento and the cowbell began when New York Knicks coach Phil Jackson called the city a “cow town”. The words spurred Sacramento into action. The city grabbed the iconic insult and threw it back at Jackson, filling the basketball arena with noisy cowbells and adopting it as a symbol of the city’s vitality and indefatigable spirit. The Sacramento Kings arena has a huge cowbell that players reach up and ring as they enter the court. Kings season ticket holders each receive a personal cowbell; “A gift that symbolizes the beacon of Sacramento pride,” says the team.

Now, the Council has made the cowbell a beacon of business acumen and opportunity. It is the centerpiece of a landmark campaign that alerts CEOs far and wide about the innovation, opportunity and business friendly culture of Sacramento; a city with a new vibe and expanding economic potential.

The goal of the cowbell campaign is business development; to attract businesses who might never before have considered moving or expanding to Sacramento. That is a heavy lift and something that requires a red flag for the bull market of business. The campaign has to be so unmistakable as to cut through the noise and complexity surrounding the highest performing CEOs’.

Initially the idea was to send cowbells to targeted CEOs as an invitation to a Kings game and a tour of Sacramento. Turns out that was merely the seed that germinated into something much larger and much more impressive. 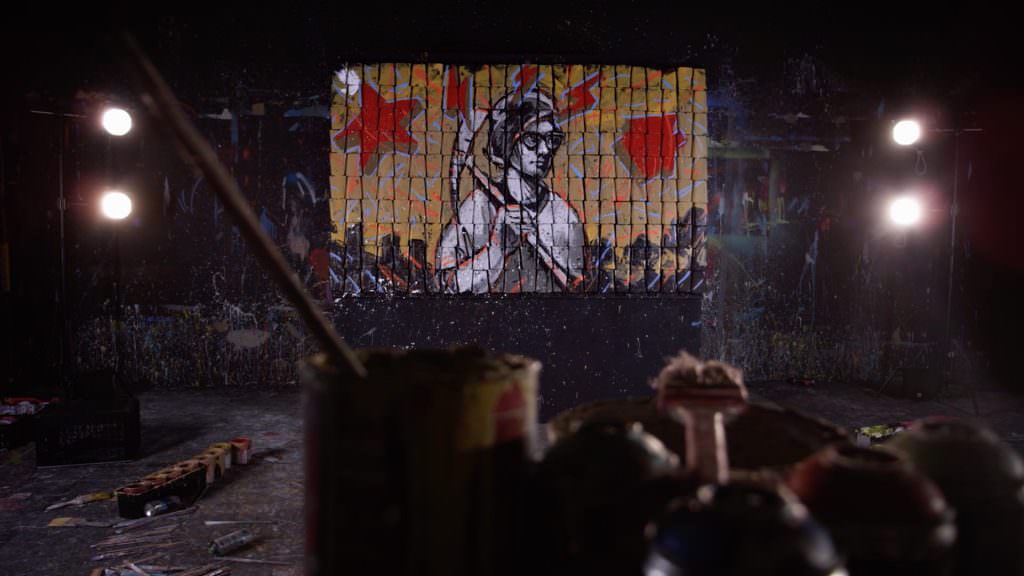 The piece is called ‘Modern Minor’

“We started thinking about using the cowbells in a much more dramatic way,” said Michele Willard, Dir. of Public Relations and Communications for the Council. “We began to explore involving the vibrant arts community in Sacramento in the campaign. That is when we thought about painting the cowbells and using them to illustrate, literally and figuratively, how Sacramento has evolved into a place where you really want to live and work. Then it clicked; we could create a work of art that would speak to Sacramento and potentially become a centerpiece in a CEOs office.”

Enter David Garibaldi, a world renowned performance artist who has painted for President Barack Obama and appeared on the hit TV show “America’s Got Talent”. His shows are a music and color experience in which large pop portraits explode together in minutes as he paints live on stage to music. David was more than happy to collaborate with the council because he loves the city. “Sacramento has been more than home. It’s been a home to create.”

Once David was hooked on the idea, the council gave him full reign to work his magic. A wall of 240 cowbells was painstakingly created and used as a canvas upon which he would paint one large image. What did he create? A modern miner; an image of a young millennial with a pick ax over his shoulder, eyes set to the future.

“The miner is part of the new creative gold rush, built on the gold rush of our past,” said David. “He represents our innovative past and future; who we are and where we are going. The fact is that economic growth is about opportunity. Here you can build a start up and grow it using the assets, talent and affordability of the Sacramento region.”

The raw black and white image leaps off the canvas of cowbells, set against a background of gold and headlined with massive red stars and streaks of blue. Each cowbell was signed by the artist- yes, all 240 of them. 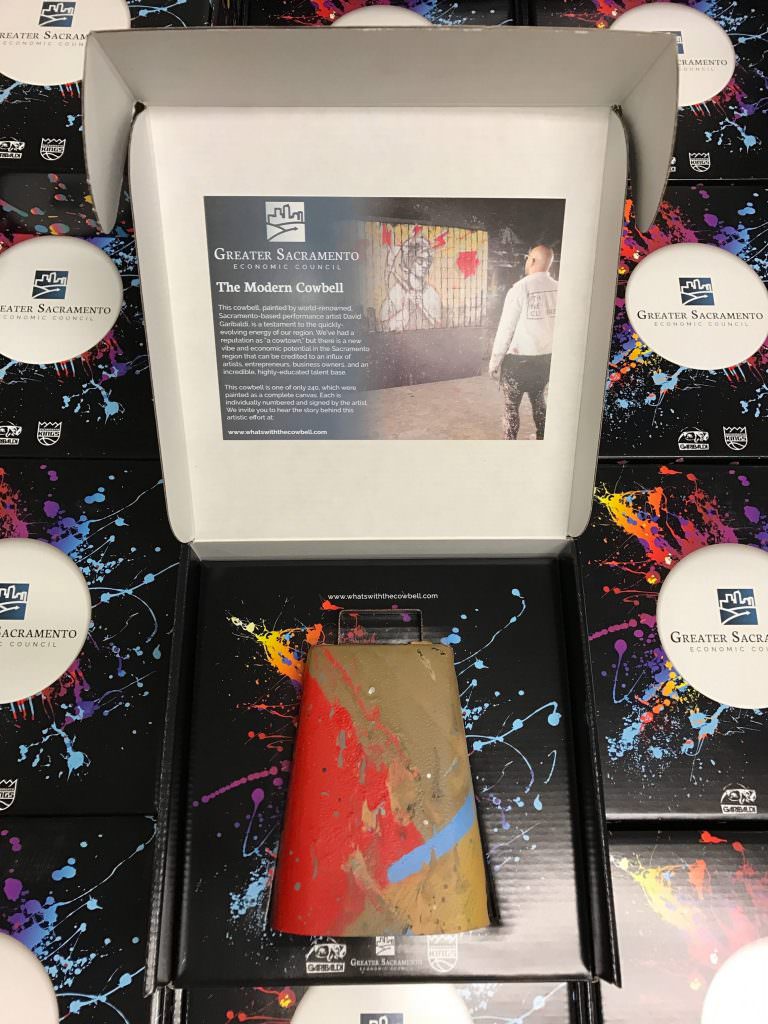 Then the Council jumped into action. At least 40 of the cowbells have been sent to CEOs who have expressed an interest in relocating. Other CEOs have been carefully selected to receive a cowbell because they should be introduced to all that Sacramento has to offer.  No detail has been forgotten. The cowbells are cushioned in boxes with the same splatter design of the total cowbell wall masterpiece and are sent with postcard showing the complete wall of art and a link to the campaign website.

“When our cowbells remain on the shelf and become a conversation piece, inevitably the conversation leads to why someone has the object, which leads to a discussion of Sacramento,” said Keith Parker, Vice President of Marketing and Communications for the council. “This kind of  campaign with a unique leave-behind certainly spurs repeated story-telling within the C-suite.”

Certainly the campaign blows the doors off creativity, but is there any ROI? Keith Parker says yes there is, without a doubt.

“I would argue that the level of engagement with the people who receive cowbells is exponentially higher than any advertising campaign we could design,” said Keith. “It has lasting meaning and effect. With every cowbell we are creating a team of champions who are telling our story to people we might never identify as targets, let alone ever reach. That is the valuable ROI. How much would it cost us to reach that diverse a group, spread over an enormously wide geographic area, with traditional advertising and outreach?”

The cowbell campaign has also garnered a good amount of media coverage in local television, newspapers, and business journals. The arts community and artist David Garibaldi have also gained a share of their own media coverage, a campaign coattail effect the Council was hoping for.

If you’ve got a fever for cowbell, the council has the prescription. Now would be the time to talk to them about relocating or expanding your business to the Greater Sacramento area and getting a feel for the temperature there.