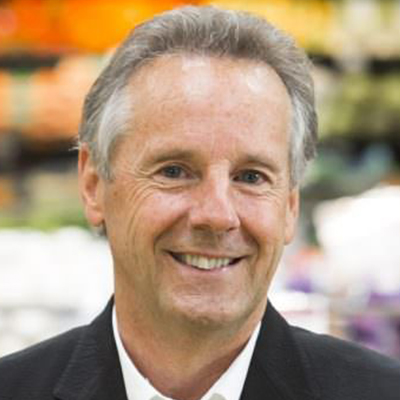 Owner & Chairman of the Board

Mike Teel,
Owner and Chairman Of The Board, Raley’s Family of Fine Stores

When the Greater Sacramento Economic Council was formed, I strongly believed the time was right for Sacramento. Our region was poised for business and regional growth. We had outgrown the “government town” and Sacramento was ready to position itself as a leader in Northern California. GSEC continues to be the catalyst bringing new energy to Greater Sacramento’s business community and leading the conversation around business development.

The grocery business is in Mike Teel’s blood. As the grandson of Raley’s founder, Tom Raley, and the son of Raley’s second-generation leaders, Joyce Raley Teel and Jim Teel, he learned the grocery business from an early age. Today, he leads the largest family owned company in the Greater Sacramento area with a sense of enthusiasm for the business and responsibility to the communities Raley’s serves.

With his passion for empowering people to make sustainable and healthy food choices, Mike leads the company of 12,000 team members and 122 stores. He is committed to delivering a personalized customer experience, inspiring team member engagement and supporting long-term family ownership.

Mike started with Raley’s bagging groceries. After earning his bachelor’s in business administration from Whittier College, he became a store manager. He later led innovations in the Bakery and the company’s Bay Area expansion. In the 1990’s, he worked alongside executives, which prepared him for his senior leadership progression: Chief Operating Officer in 1995, President in 1996 and Chief Executive Officer in 1998. In 2002, Mike left the company to pursue independent business ventures, returning in 2010 as President & CEO and in 2018 became Owner & Chairman of the Board.

In 2015, the family transitioned majority ownership of the company to Mike, with a goal of long-term family ownership. Mike is involved as a Board Member of the Greater Sacramento Economic Council, a group of regional CEOs working to retain, attract, grow and create sustainable businesses.