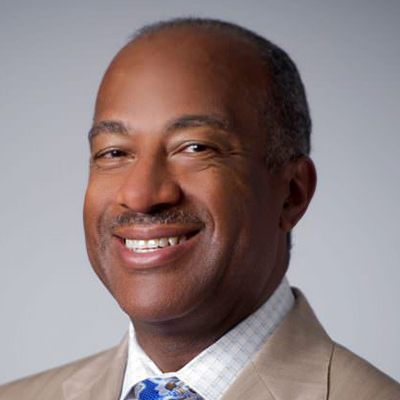 As chancellor of one of the world’s great public research universities, Gary S. May leads UC Davis as it advances its mission in several key areas, including:

May became UC Davis’ seventh chancellor on Aug. 1, 2017 by appointment of the UC Board of Regents. He leads the most comprehensive campus in the University of California system, with four colleges and six professional schools that offer 104 undergraduate majors and 96 graduate and professional degrees. UC Davis enrolls about 37,000 students, brings in nearly $800 million annually in sponsored research and contributes at least $8 billion to the California economy each year.

An accomplished scholar and engineer, May came to UC Davis from the Georgia Institute of Technology in Atlanta, where he had been for nearly three decades, most recently as dean of the institute’s College of Engineering — the largest and most diverse school of its kind in the nation, with 450 faculty and 13,000 students.

Prior to being dean, May was the Steve W. Chaddick Chair of Georgia Tech’s School of Electrical and Computer Engineering, and previous to that, he was the executive assistant to Georgia Tech President G. Wayne Clough.

May is known as a dynamic leader with a passion for helping others succeed. He believes success is best judged by “the extent you enhance the lives of others.” Throughout his career, he has championed diversity in both higher education and the workplace. He developed and led programs to attract, mentor and retain underrepresented women and ethnic minorities in STEM — the fields of science, technology, engineering and math.

In 2015, President Obama honored him with the Presidential Award for Excellence in STEM Mentoring.

May has won numerous research awards for his work in computer-aided manufacturing of integrated circuits and other devices. He has authored more than 200 technical publications, contributed to 15 books and holds a patent in this topic.

In 2010, he was named “outstanding engineering alumnus” of UC Berkeley, where he earned his master’s and Ph.D. degrees in electrical engineering and computer science.

A native of St. Louis, May is married to LeShelle R. May, a software engineer, and they have two daughters, Simone and Jordan, who are in college.