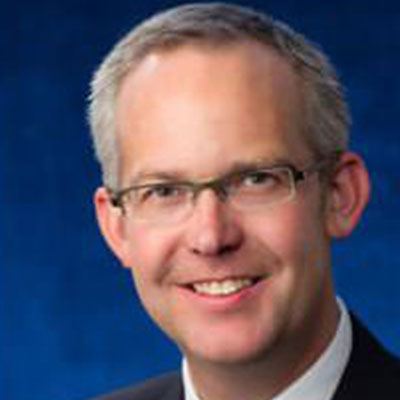 Erik Langeland is a Region Manager for Chase Commercial Banking’s Middle Market, Sacramento and Central Valley business. He leads a team of banking professionals who fulfill credit needs, treasury services and related products for mid-sized companies in the region.

Erik joined the Bank’s credit analyst training program after graduating from the University of Iowa. He worked in a variety of commercial banking roles during his 20+ year career. Prior to moving to California, Erik served as a division manager in middle market banking in Chicago where he was responsible for overseeing a team of bankers who managed customer relationships and new business development in general industries. In addition to those responsibilities, he served as the Midwest leader for the Bank’s law firm and mid-sized insurance teams. Erik holds licenses as a General Securities Principal (Series 24) and Investment Banking Professional (Series 79).

Erik is a board member of the Northern California World Trade Center. He has served on numerous banking roundtables providing key insights in the banking industry and economy. He has led a continuing education class for the Chicago Bar Association in order to apply real-life lending practices alongside lending documentation. He is a past member of both the Chicago Volunteer Leadership Group and The Entrepreneurship Institute.

Originally from Ames, IA, Erik moved to Sacramento in 2013 with his wife Holly. His interests include traveling, gardening, fishing, watching sports and planning a good meal.