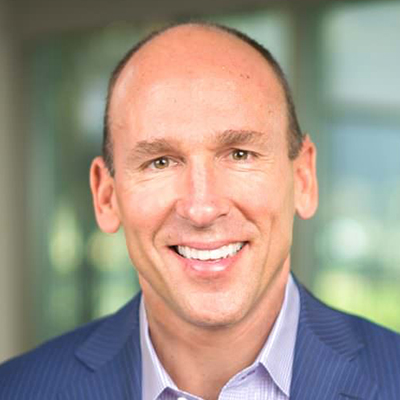 Greater Sacramento is a spectacular region, and I know of many other business leaders who feel the same way. I watched from a distance as some of the business leaders in our community banded together to form the Greater Sacramento Economic Council to get us back to where other business leaders see this area as a great place. As the Council went from idea to reality, I’ve been very impressed by the leadership, the message and the results. I joined the Board to help with the funding so that we can bring more non-government jobs to the region, and move our reputation from an outdated Cow Town to the world-class city that we are.

Scott Hanson is senior partner and founding principal of Allworth Financial and a CERTIFIED FINANCIAL PLANNER™ practitioner. A nationally recognized financial expert, he has been named to Barron’s list of the Top 100 Independent Wealth Advisors in America for the past six years, and has been listed as one of the 25 most influential people in the financial services industry nationwide. Scott provides commentary to numerous media outlets on a regular basis. Under Scott’s direction, Hanson McClain has grown to over $2 billion in assets under administration. In 2004, Scott and Pat McClain founded Liberty Reverse Mortgage, which they developed into the third-largest reverse mortgage company in the nation. Acquired by Fortune 500 Company Genworth Financial in 2007, it is currently the largest reverse mortgage company in America. Scott is the author of Personal Decision Points: 7 Steps to Your Ideal Retirement Transition (2016), Money Matters: Essential Tips & Tools for Building Financial Peace of Mind (2006) and the co-author of Investment Advisor Marketing: A Pathway to Growing Your Firm and Building Your Brand (2013). For over 20 years he has co-hosted Money Matters, a call-in, financial topic radio program that airs every weekend on flagship AM stations in Sacramento, San Francisco and Denver and is available via podcast at HansonMcClain.com. A running and cycling enthusiast, Scott has completed the Western States 100 mile endurance run, the Iron Man triathlon, and numerous triple century bike rides. Scott Hanson resides in El Dorado Hills, California, with his wife Valerie and his four children.