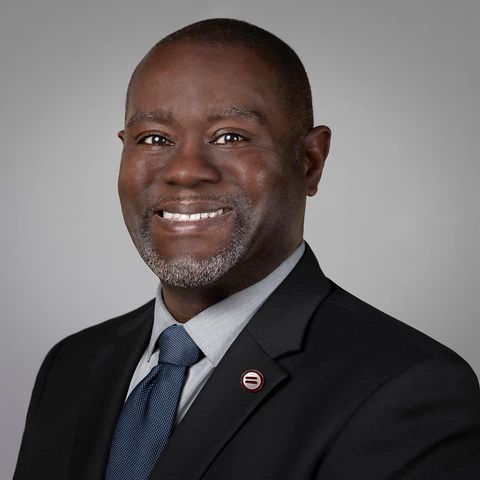 Dwayne Crenshaw is a well-vested, longtime, inclusive community leader and highly effective executive management professional and innovator. Professionally, for more than 21 years, Dwayne has advanced issues of community development, social justice and racial equity with several community-based organizations centered on the needs and concerns of BIPOC and other historically underserved and marginalized communities. Prior to these executive leadership roles, he was a public servant as a key policy aide to California state and local elected officials.

Presently, Dwayne Crenshaw is the President & CEO of Greater Sacramento Urban League responsible for furthering the empowerment work of the National Urban League movement at the local level by helping Sacramentans to increase

Most recently prior to GSUL, Dwayne served as the President & CEO of RISE@Work (dba The Humanity Movement) from 2017 to 2021, where he was responsible for the organization’s effective management and operation on a day-to day basis and led the team’s policy development and advocacy work. He previously served as CEO and Co-Founder of RISE San Diego from 2014 to 2020, as the executive director of San Diego LGBT Pride from 2011 to 2013 and the Coalition of Neighborhood Councils from 2005 to 2009, where he advanced issues of community development and social justice. From 2000 to 2004, he promoted resident ownership of neighborhood change in southeastern San Diego as the director of community ownership at the Jacobs Center for Neighborhood Innovation. In recognition of his committed and successful work, San Diego Metropolitan Magazine named Dwayne Crenshaw as one of “San Diego’s

Prior to his roles in nonprofit management, Dwayne Crenshaw had eight years of government experience as an aide to state and San Diego elected officials, including former California Lieutenant Governor Cruz Bustamante and Superintendent of Public Instruction Jack O’Connell. Dwayne began his public service career as one of eighteen James M. Unruh Assembly Fellows chosen from hundreds of applicants each year to serve in the California state capitol.

He graduated from San Diego State University in 1994 where he majored in elementary education and was elected student body president of the then 35,000-student campus. While working in the state capitol, he completed the coursework for a master’s in government from California State University, Sacramento. In 2011, Dwayne Crenshaw received his juris doctorate from California Western School of Law, where he twice earned the highlycoveted Distinguished Advocate recognition.

Dwayne is a native Californian and long-term resident of the historically underserved, lower income and majority people of color Encanto community in San Diego. He currently resides in North Natomas and works in Del Paso Heights. His deep knowledge of urban neighborhoods and volunteerism/community activism, which began at the age of thirteen, are invaluable in his role as a nonprofit, civic and community leader.