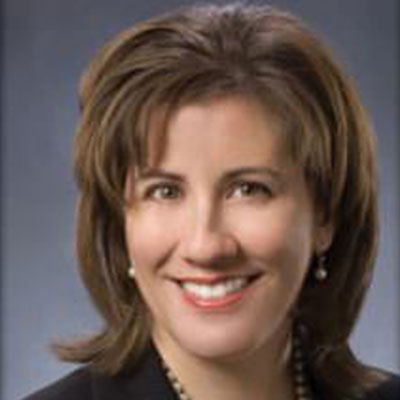 With more than 25 years of experience in the financial services industry, Bland became President and CEO of Golden 1 in 2010 after serving as the Credit Union’s Senior Vice President/Chief Financial Officer.

Over the years, she has been an integral part of Golden 1’s rise to industry leadership through exceptional service, employee engagement, community support, and responsible financial management.

The Sacramento Metro Chamber recently recognized Bland as the 2015 “Businesswoman of the Year” for her contributions to the region, including the investment in the community and partnership with the Sacramento Kings for the naming rights to Golden 1 Center, a world-class innovative sports and entertainment center and catalyst for Sacramento downtown’s revitalization.  She contributes the Credit Union’s success to their focus on member service and the dedication of the employees.

Bland serves on the Board for the Greater Sacramento Economic Council and Credit Union Direct Corporation, as well as various industry committees.  Prior to joining Golden 1, Bland was a Certified Public Accountant with the global tax, audit, and advisory firm, KPMG, in their San Francisco and Sacramento offices.

Donna Bland holds a Bachelor of Science in Accounting from San Francisco State University. Raised in San Francisco, she now resides in Carmichael, California where she lives with her husband, Scott, and raised their two children, now in college.