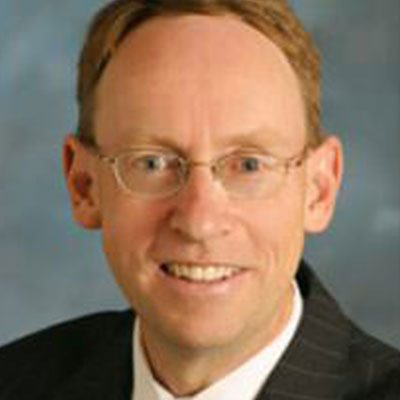 Since September ’08, Steve has been President & Chief Executive Officer of River City Bank, the largest and most profitable bank based in Sacramento.

He has over 35 years of banking experience, including over 20 years with Bank of America in Sacramento and London, England. While with Bank of America, he held a variety of progressively more senior positions, including serving as the head of Capital Raising and a member of the Executive Committee for the Bank’s Europe, Middle East, and Africa Division.

Immediately prior to joining River City Bank, he was the Founder and CEO of Presidio Bank in San Francisco. He was also the President & CEO of National Bank of the Redwoods in Santa Rosa.

Steve has been involved in a variety of charitable activities over the years, including currently serving as a board member for the Kelly Foundation. He is also on the board of the Greater Sacramento Economic Council and President of the Sacramento chapter of Lambda Alpha, the honorary society for the advancement of land economics.