GSEC 2018 Annual Dinner: We Are One Region

With more than 40 new companies locating to the region, a major headquarters, Centene, building and bringing with it up to 5,000 new jobs, and a number of compelling technology startups that are scaling, the Greater Sacramento Economic Council’s footprint is well planted in the sustainable, inclusive economic development that is taking shape in the region.

From the opening remarks to the closing, some of this year’s major achievements were highlighted. From the passage of Measure U, which dedicates funding for economic development in a meaningful way, to a healthy discussion of a statewide economic development strategy, the region is on the right path for creating a better and more viable business climate.

Kyriakos Tsakopoulos, Co-Chairman at AKT Investments and GSEC’s Board Chairman, opened the night by reminding event-goers that we are one Region.

“Whether you are from one of our region’s rural communities or an emerging urban city, we are one region. Whether you have lived here all your life, or moved here last week, we share one future,” Tsakopoulos said. “We will create an advanced economy that will grow in a diverse, inclusive and sustainable way.”

From engaging speakers to lively entertainment, the night was full of energy, laughter, and most importantly a challenge for the Greater Sacramento Region to continue to work together for positive economic development change in the Region. Barry Broome, CEO of the Greater Sacramento Economic Council, began his remarks telling the audience that it is our time.

“Welcome to the most exciting region in California! The region that will set the new standard for excellence in our state. The region that has been understated, undervalued and overlooked – No longer. Ladies and gentlemen, this is OUR TIME.”

His speech reminded those in the room that Greater Sacramento is full of assets and if fully recognized and unleashed, the region will be a force to be reckoned with.

Broome challenged the room to embrace change and not to see it as losing something but as a way to preserve and protect the region’s identity. As the region changes, it better prepares itself to be self-sustaining and ready to withstand the next interruption. Change means becoming the better version of ourselves.

“Our region is now poised to be the place we’ve always wanted it to be. Not the next Seattle, not the next Austin, but better. The next best version of ourselves – Greater Sacramento. A community that stands tall like a giant but never forgets the less fortunate. A place where businesses thrive but balance that with great cities, great neighborhoods and a protected environment.”

After being inspired and challenged, GSEC celebrated and honored individuals and organizations who have gone above and beyond the call of duty to champion, develop, and advocate for their community and the region with the GSEC Awards.

This year’s GSEC Award winners are: 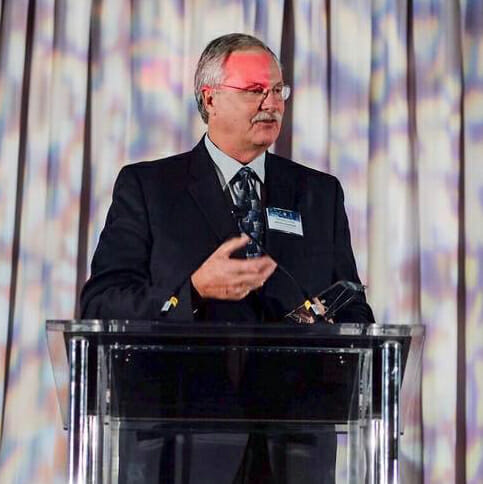 Brian Stafford was named Champion of the Year. The Champion of the Year award recognizes a Greater Sacramento Certified Champion whose contributions to the organization’s efforts and region extend far beyond the call of duty. Certified Champions are advocates for the region, who have completed a full day course, learning about the regional economy, our assets, challenges and strategies for the future. Brian has served as an advocate, connector and has helped locate two new startups to the region – Biome Makers and CoreFact. 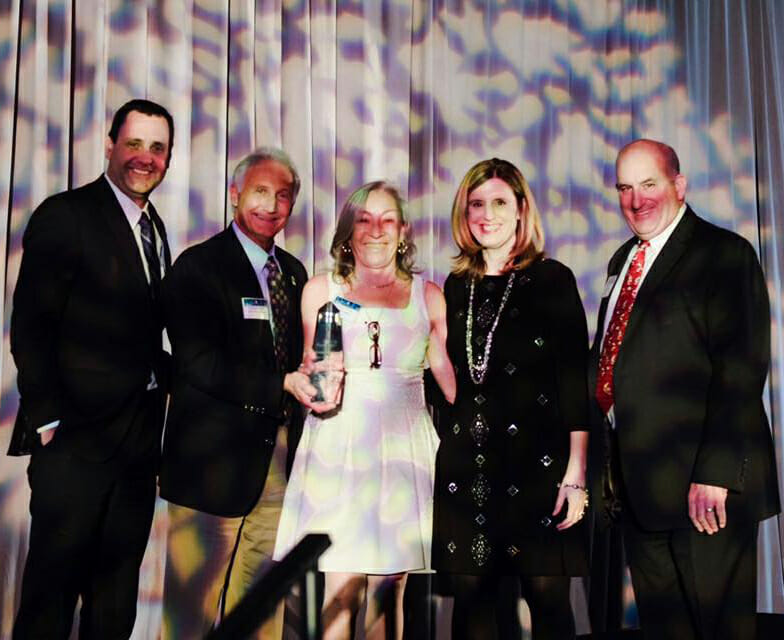 The Paving the Way Award was presented to the City of Folsom. The City of Folsom stood out among all the Greater Sacramento communities who have all had a variety of successes this year. This award recognizes a community that has achieved exceptional economic development results. Folsom is well-known as a safe, family-oriented community with a low crime rate. It is the home of Intel, PowerSchool and the ever-growing Folsom Ranch project that includes transportation improvements, a town center, parks, hiking and biking trails, housing and much more. 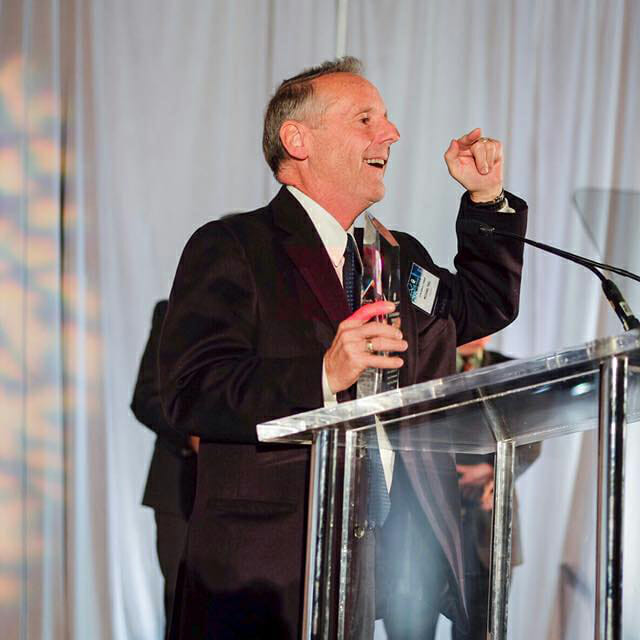 The Distinguished Service Award was presented to Mike Teel, Owner and Chairman of Raley’s. This award recognizes an individual whose contributions to the greater Sacramento area extend far beyond the call of duty. Mike has implemented public health solutions in Raley’s by simply putting the more health conscious and nutritious foods on the top shelfs as well as removing candy and soda from checkout areas. Additionally, he is one of the Founding Investors of the Greater Sacramento Economic Council, co-chairs the Food and Ag Innovation Council and is a consistent advocate for the region. 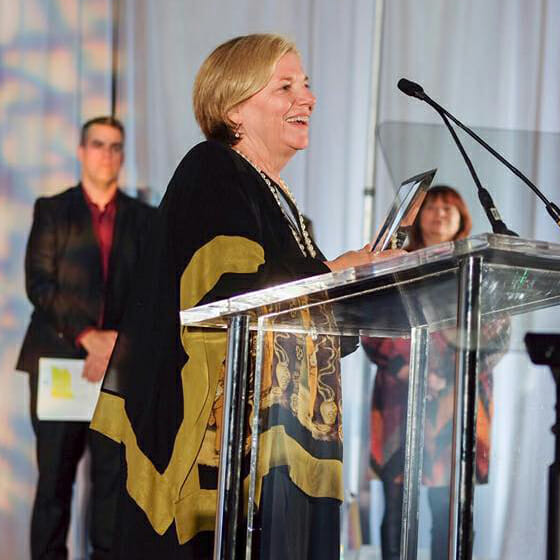 The Outstanding Regional Contribution award was presented to Health Net, a wholly-owned subsidiary of Centene Corporation. This award recognizes Health Net for its long- term commitment to the Sacramento region. The company’s campus project will bring new jobs to Sacramento to augment its already large employee base in Sacramento.

Health Net is a longstanding member of the Sacramento community through its commercial, Medicare and Medi-Cal products and through local partnerships with UC Davis, CalPERS, Wellspace Health, Sacramento City College and the Greater Sacramento Urban League. Through fundraising and volunteering efforts, Health Net partners with local organizations that work to keep California healthy and address barriers to health in underserved communities. The new development is a welcome addition to the Sacramento region and shows the company’s long-term commitment to grow in the Sacramento market.

It’s our time Greater Sacramento, let’s get to business.

Scroll through our photo gallery from the event: 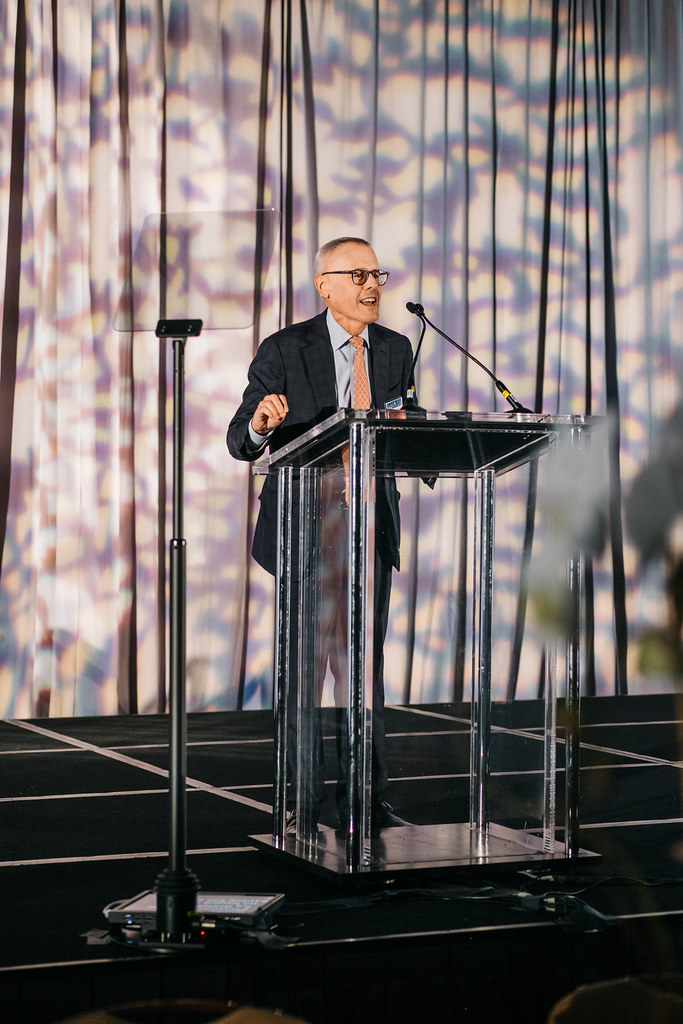