Board of Directors Officers 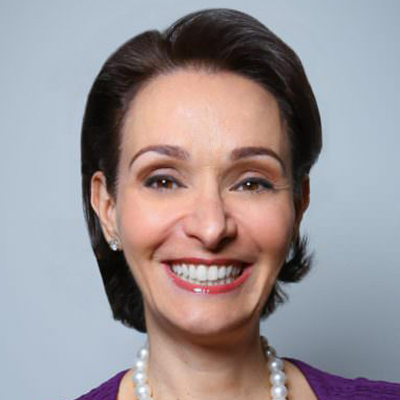 I believe in Greater Sacramento. The power of our community is inspiring and I’m thrilled to advocate for this region. Early in my career, my office was at the corner of 5th and J Street – overlooking Downtown Plaza. Now, I’m in The Sawyer Tower, overlooking Golden 1 Center, Downtown Commons and the Koons sculpture – an incredible testament to what this city can do. I believe the transformation of Greater Sacramento has just begun and I’m excited to play a role in it.

Matina Kolokotronis serves as the Chief Operating Officer (COO) of the Sacramento Kings. Bringing decades of experience in sports and government law, community affairs and contract negotiations, Kolokotronis’ leadership has been integral to the development of the state-of-the-art, Golden 1 Center as well as its adjacent, $500 million mixed-use development project, Downtown Commons. Golden 1 Center is recognized as the greenest and most technologically-advanced arena in the world and is the first professional sports venue in the world to achieve LEED Platinum certification. Together, Golden 1 Center and Downtown Commons represent a $1 billion investment in downtown Sacramento – a great source of pride for the community and driver of significant economic growth in the region.

Her leadership extends beyond the Kings organization and into the community where she is a dedicated mentor and advocate for numerous women’s advancement groups and non-profits. She is also very active in the Greek church. In 2015, Governor Brown appointed Kolokotronis to the California Citizens Compensation Commission.

Kolokotronis is a graduate of Loyola University and received her law degree from McGeorge Law School, University of the Pacific. Matina and her husband, Sotiris, are long-time Sacramento residents, and their three children – Constantine, Marisa and Nicholas – proudly wear purple.