The Sacramento Kings have committed to a hyper-local food and sustainability program for the arena’s restaurants and food operations. (Image courtesy of Sacramento Kings)

America’s Fork-to-Farm Capitol? Since the opening of the Golden 1 Center this past October, Sacramento startup California Safe Soil has been collecting food scraps from the King’s food vendors and turning it into a liquid fertilizer. The collection of uncooked foods by the arena is part of a Farm-to-Court philosophy Kings Chairman and Owner, Vivek Ranadivé, released earlier this year. In it, he identified 10 guiding principles that would govern all food, sustainability, sourcing and recycling activities at Golden 1 Center. “With our new arena, Golden 1 Center, we see an opportunity to directly honor the people and values of Sacramento,” he wrote. One of the pledges in that statement includes implementing a new waste management plan that would substantially reduce the landfill footprint of the arena. California Safe Soil uses food that would otherwise be buried in a landfill to help farmers grow more crops with less water and chemical fertilizers. “Sacramento is America’s Farm-to-Fork Capitol. We want to make Sacramento America’s Fork-to-Farm Capitol as well,” California Safe Soil CEO Dan Morash says. The Kings also announced a plan to source 90 percent of culinary ingredients from growers and producers operating within a 150-mile radius of Golden 1 Center with the support of executive chef Michael Tuohy of Legends Hospitality.

The Sacramento King’s food and sustainability charter includes provisions for sourcing 90 percent of culinary ingredients from within a 150-mile radius of Golden 1 Center and reducing the arena’s landfill footprint through sustainable waste management practices. (Image courtesy of Sacramento Kings)

Food waste in the United States is a $165 billion-dollar problem. Up to 40% of the food that is produced in the United States is never eaten, but is simply lost, at every level of the food chain. Supermarkets lose an estimated $15 billion in unsold fruits and vegetables alone, according to the USDA. Where does all this wasted food wind up? In landfills, mostly. In California, 18% of all the trash that goes to landfills comes from food scraps. The problem is not simply one of space. Decomposing food scraps also emit methane, a short-lived, but particularly potent greenhouse gas. Beginning this past April, in an effort to reduce methane gas emissions from landfills, a new state law (AB 1826) will require businesses in California to recycle their organic waste. The law will also contribute to a statewide goal of reducing, recycling or composting 75% of organic waste by 2020. The California Air Resources Board recently proposed to ban the disposal of organic wastes in landfills completely by 2025.   How to handle that waste is an open question. According to the California Department of Resources Recycling and Recovery (CalRecycle), statewide capacity is only one-third to one-half of the 10 million tons of organic waste that wind up in California landfills each year.

Closing the Loop in Sacramento

California Safe Soil owns the intellectual property rights and a few patents for a technology that deals with both of these problems by creating a liquid fertilizer from food waste in a matter of hours. The company’s founder and CEO, Dan Morash, had seen all kinds of different technology in renewable energy and adaptive reuse of waste over the course of a 30-year career as an investment banker on Wall Street. “There weren’t any good technologies for food waste recycling,” he says. When the technology for his product came along, he decided to locate his business in Sacramento for three main reasons. One, the $1.7 billion agricultural market in California, which consists primarily of specialty crops such as fruits, vegetables and nuts. The company decided that local growers of higher margin crops would be more likely to invest in a new product that promises better growth. Locating next to the University of California at Davis, one of the leading agricultural universities in the country, provided research supporting both the safety of the product and its effects on crop growth. The third main reason to set up here was the capital. “If you plan on building any kind of project in the State of California, you had better know your way around the regulatory situation,” Morash says. The company spent the last four years building these relationships and demonstrating their technology in a pilot facility in West Sacramento, before relocating in October to a new commercial-scale facility at the McClellan Business Park. 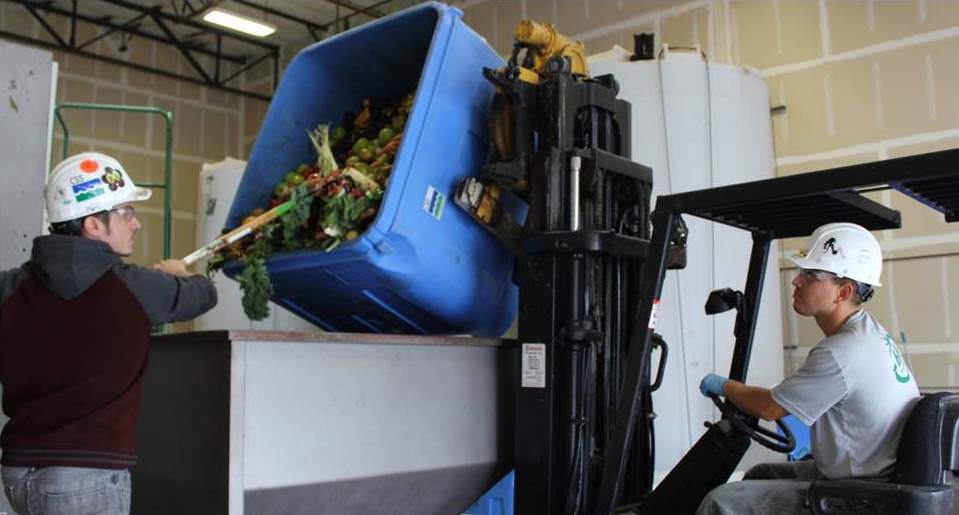 From Supermarket to Soil

California Safe Soil has long-term contracts with all 225 Save Mart supermarkets and several other California grocery chains, including Safeway, Inc., Nugget Markets, Inc., Whole Foods and Grocery Outlet. The company collects the unsold produce, meat, deli and bakery food wastes within two days of being removed from supermarket shelves. In the plant, this waste is ground up, heated and mixed with enzymes before being pasteurized for safety. “The capital requirements are quite modest, compared with the alternative technologies such as anaerobic digestion and composting, with a far smaller environmental footprint, and a more valuable finished product,” scientists from the University of California Davis reported last year in the Journal of Cleaner Production. “Since the process has no significant air emission, liquid effluent, solid waste, or nuisance odors, it is possible to obtain all necessary operating permits in urban areas.” The whole process takes only a few hours, rather than months, like it does in traditional compost, and results in a liquid, organic fertilizer that farmers buy to grow more fruits and vegetables. In field trials, farmers have reported yield increases up to 33%, while using up to 25% less water and reducing the need for costly nitrogen-based fertilizers. 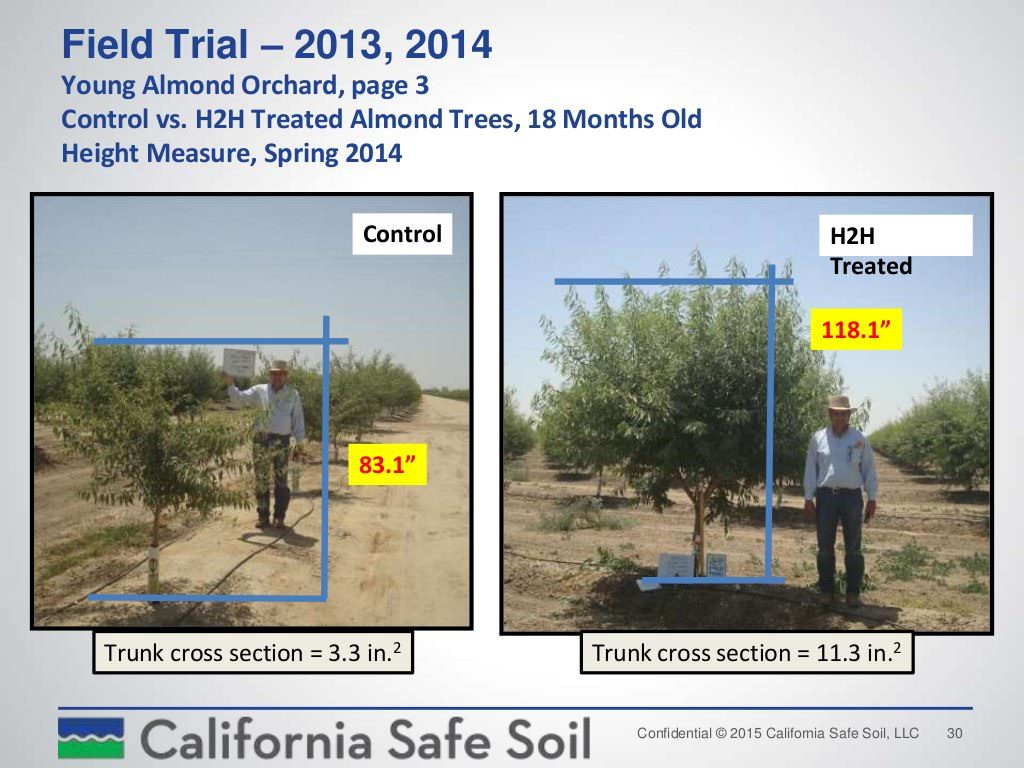 The company’s flagship product, Harvest-to-Harvest (H2H), can be applied to crops using existing irrigation drip lines. The fertilizer works by stimulating the growth of a diverse population of microbes in the soil, causing the plant to grow more roots, take up more water and fertilizer, and increase flowering and fruiting. The reality underground is much more complex and is the result of a complex web of interrelationships between the billions of microbes living in soil and the plant roots. Plants get carbon from the atmosphere, during photosynthesis, and use it to create the molecular material they need to grow. However, scientists believe that nearly one-third of that carbon is never used, but is released into the soil through the plant’s roots. If this sounds like a loss, it’s not. The microbes that feed on these nutrient-rich secretions can suppress pathogens in soil, break organic matter into nutrients plants can use, and stimulate root growth, among other things. The goal of composting, then, is to replicate this natural process and conserve energy by putting some of these organic materials back into the soil. H2H simply makes this happen faster.

While most of California Safe Soil’s existing clients are local supermarkets, the company has ambitions to provide their service nationwide, throughout the food supply chain. “One of the appeals of Golden 1, in addition to it being such a landmark for the City of Sacramento, is that it demonstrates one of many other ways that we can make this program work,” says Morash.  The Sacramento Kings discovered California Safe Soil at a startup competition the team hosted earlier this year. 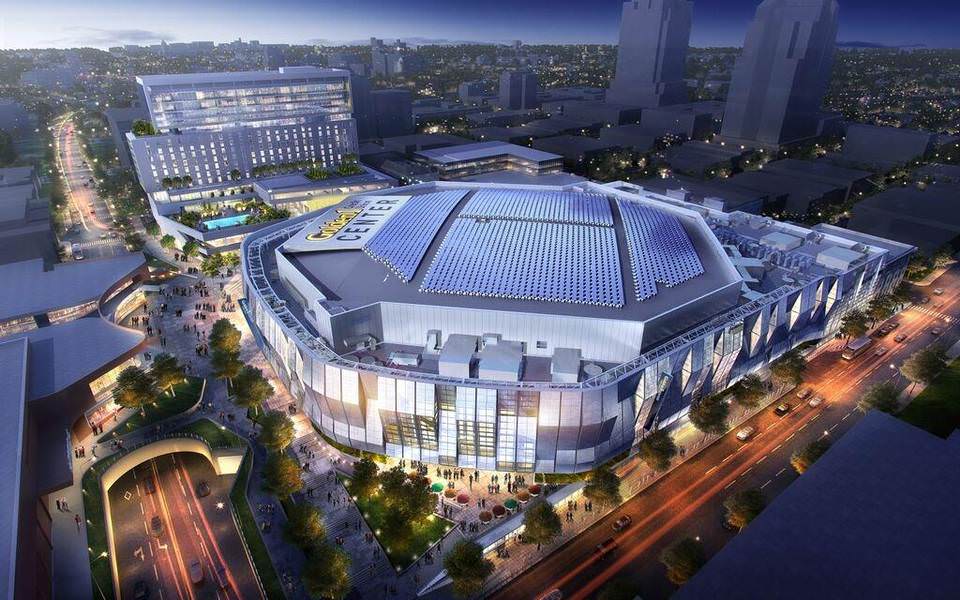 Rendering of the Golden 1 Center. (Image courtesy of Sacramento Kings)

The Kings franchise, says Chairman Ranadivé, can be “a platform for good, a unifier of community and, at our best, a symbol for the amazing region the team calls home.” “When you’re running a league like the NBA, and you’re running a league like the Sacramento Kings, you’re very visible,” says Dr. Allen Hershkowitz, Co-Founder of the NBA Green program, Green Sports Alliance and Green Sports International. “Look at it this way. Billions of dollars are spent every year to advertise with sports venues. Why do companies do that? They do that because they must assume that by affiliating with sports somehow, they are going to influence the culture of the marketplace.” Hershkowitz and the Sacramento Kings recently made a presentation to all 30 NBA team presidents on the benefits of sustainability. “The situation we’re in is the result of literally hundreds of millions of ecologically ignorant decisions that have been made for centuries. Now we need hundreds of millions of ecologically intelligent decisions to move us forward. And that’s what this represents. The Kings are doing their part,” says Hershkowitz.